The Namma Bengaluru Awards is an effort to recognize, honour and celebrate such outstanding individuals and their contribution towards making our city a better place to live in. These awards truly are the city’s way of saying ‘Thank You’ to its Real heroes. This initiative also aims to encourage citizens to emulate the efforts of these heroes to make meaningful differences to fellow Bengalureans.

Since its inception in 2009, every story has been an inspiration in its own way and has also enthused several other concerned citizens to work towards the betterment of our city, your city! With the positive change in our hearts and a holistic future for Bengaluru in our minds, we hope the Namma Bengaluru Awards gives birth to several such heroes our city has been yearning for! 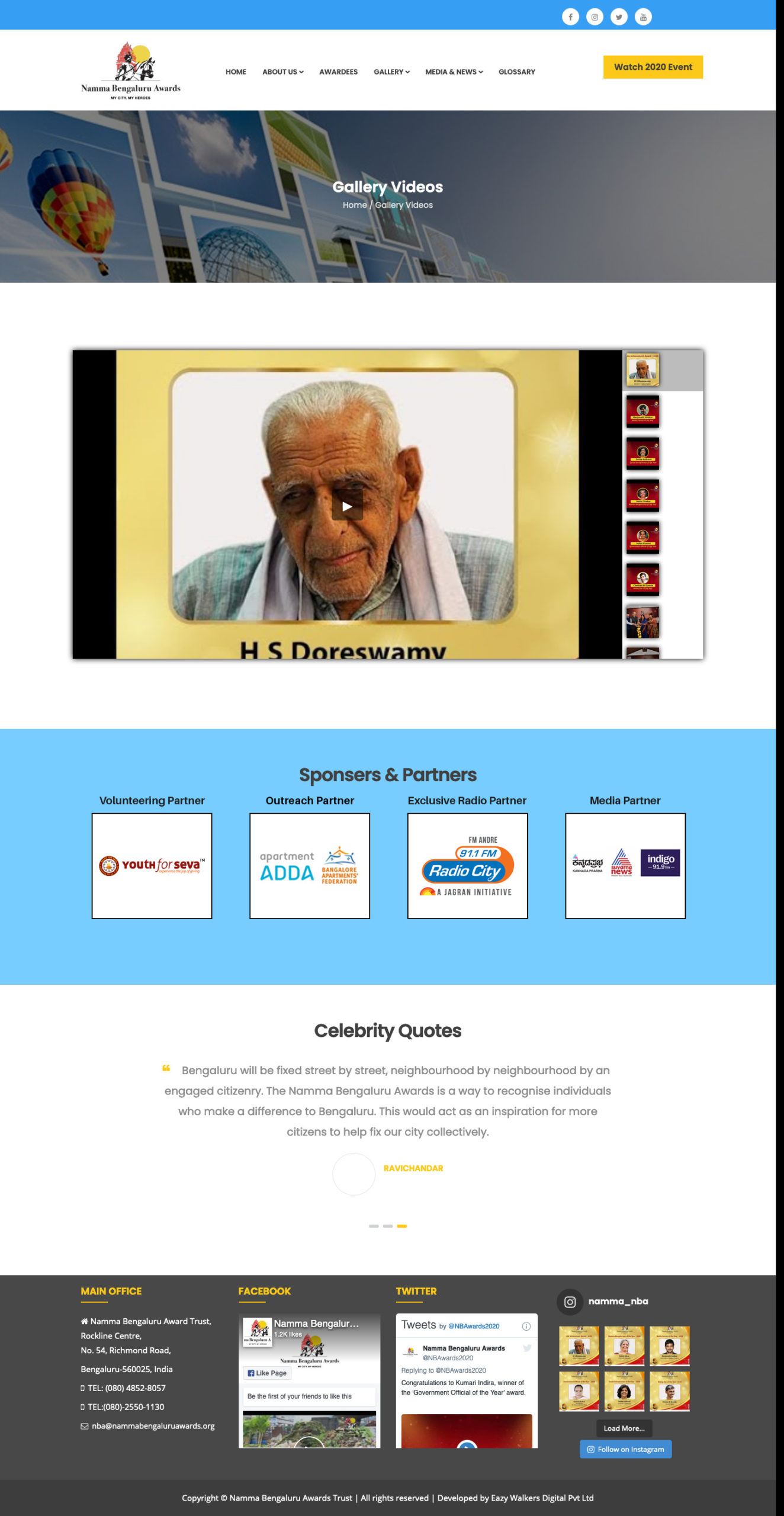